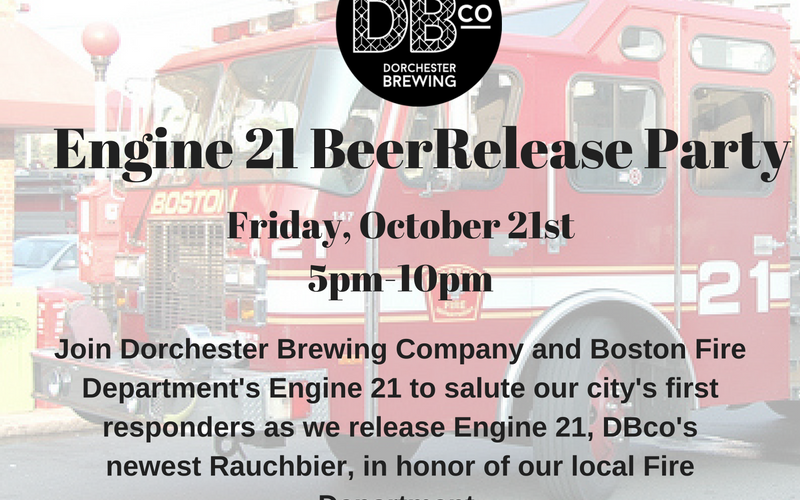 At Dorchester Brewing Company, we have the highest respect for our first responders. To honor them, along with the Boston Fire Department, we’ve teamed up with Engine 21, our local Dorchester Fire Department to release our latest smoke-flavored beer!

Engine 21, our latest Rauchbier is a German-style beer with a distinctive smoke flavor imparted by using malted barley dried over an open flame. Join us on Friday, October 21st from 5pm-10pm as we release this new beer.

The Engine 21 team is coming by to pour the very first glass of Engine 21 at 5pm sharp and bringing along their Fire Truck, so don’t miss out on the celebration!