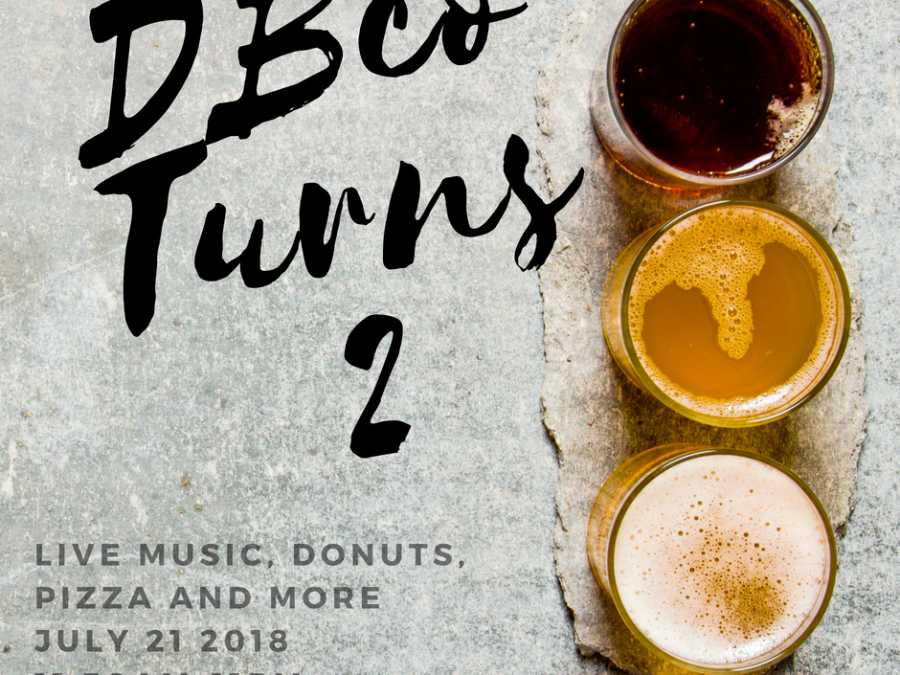 July 21, 2018 11:30 am - 11:00 pm
Has it really been two years already?!? We are so excited to celebrate our 2nd birthday and thank all of our loyal customers over the past 2 years! We’re going all out for the entire day on Saturday, July 21st with expanded capacity to fit everyone in who wants in!! Donuts (FREE!?!), Pizza, Live Music throughout the day including KEYTAR BEAR!!!!! And, the Fresh Beer Release of our Belgian Wit…what more could you want!!!
Here’s the lineup:

Blanche de Deux: With our second anniversary coming up in July, we chose to mark the celebration with a true summer classic, a Belgian Wit. Ours is true to style, brewed with Pilsner malt, a touch of oats, and almost 50% flaked wheat. These malts, along with the Celis yeast strain, bring that super hazy glow that is inherent to the style. During the boil, coriander and orange peel are added, bringing a subtle, spicy complexity and citrus notes that last through the finish. Both are hallmark spices for the style. Overall, a hazy, wheat beer, with crackery wheat notices, spicy, orange and lemon notes, and sparkling carbonation. Fairly light bodied, yet full and satisfying. 5% ABV