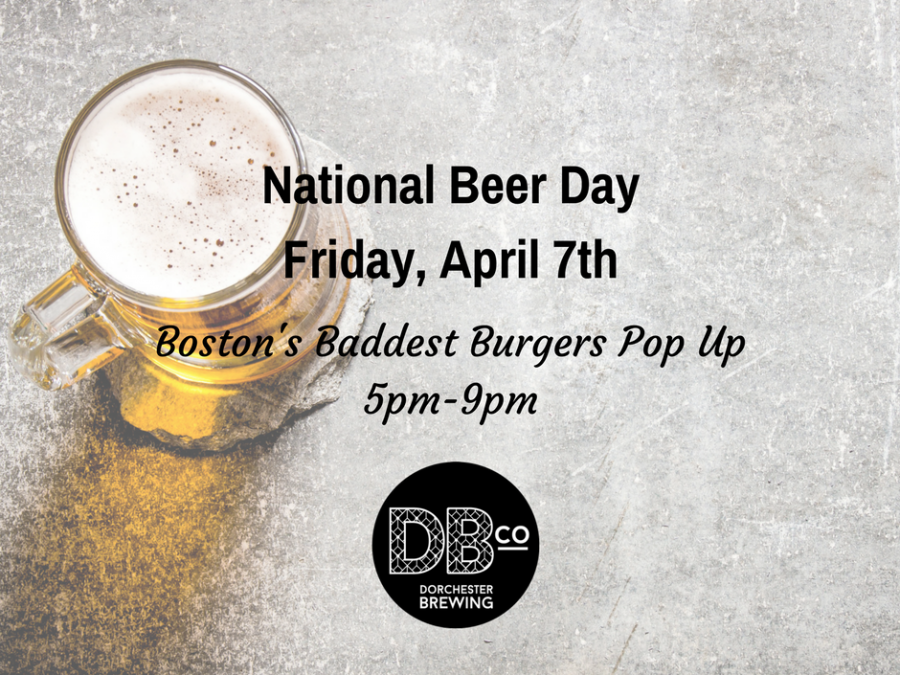 On April 7, 1933, President Franklin Roosevelt took the first step toward ending Prohibition and signed a law that allowed people to brew and sell beer, in the United States, as long as it remained below 4.0% alcohol by volume (ABV).  Beer drinkers celebrated and were happy to be able to purchase beer again for the first time in thirteen years.

Come celebrate with us and raise a glass of nice, fresh beer. Boston’s Baddest Burger will be here from 5pm-9pm, so you can grab some grab some grub to wash it down!